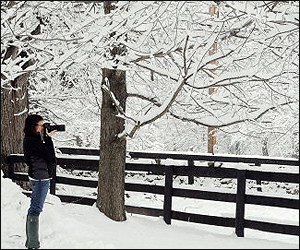 Dr. Erin N. Bush is an Assistant Professor of U.S. and Digital History at the University of North Georgia. She received her doctorate in United States History from George Mason University in 2019. A specialist in the history of crime and punishment and digital methods,  she’s currently completing a book on the ways in which gender, race, class, and sexuality influenced the institutional and social responses to crime at the turn of the 20th century. Her manuscript, Under the Guise of Protection: Wayward Girls, Eugenics, and the Growth of Social Authority in Twentieth-Century Virginia uses state incarceration data to explore the child saving movement in Virginia as it related to other eugenic efforts to stabilize the social order and race relations in the New South.

She is the creator of Death in Diorama: The Nutshell Studies of Unexplained Death, a digital history project which explores the miniature crime scenes created by Frances Glessner Lee, the “mother” of forensic science, in the 1940s and 1950s. She’s also an accomplished writer and photographer, with photos recently displayed in the Palais de Tokyo, and the online magazine Mental Floss.

Prior to returning to finish her doctoral degree, she built a career in technology companies managing Web sites and the creative and technical people responsible for building them. Her technology background has influenced both her own research and her teaching. She received a bachelor’s degree in United States history and journalism from the University of Wisconsin-Madison and received a master’s degree in United States history and new media and a graduate certificate in women and gender studies from George Mason University.

You can contact her at erin [at] erinbush[dot] org.